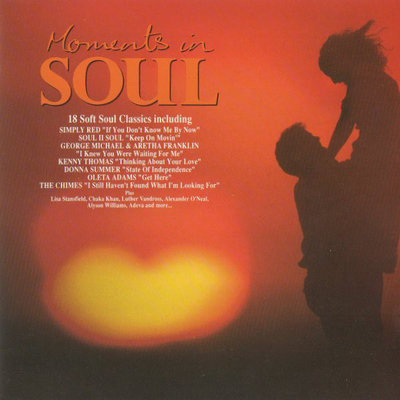 Setting the scene: Soul II Soul’s glorious Keep On Movin’, by now a two year old memory from Club Classics Volume 1. It’s barely over before the plaintive keys of The Chimes’ I Still Haven’t Found What I’m Looking For drops down. And my worst partial-mixing fears are realised with Kenny Thomas as his footloose and fancy-free Thinking About Your Love rudely interrupts the previous track’s departure. 1991 seems to be the peak for this atrocious fad. We step back in time for I Knew You Were Waiting For Me, a joyous collaboration between two of the finest singers of the era, followed by the talented pairing of Rufus (a band) and Chaka Khan. Ain’t Nobody was also in Breakin’, a 1984 movie that never seems to feature in Greatest Of All Time lists.

The early 1990s were surely the imperial phase for Lisa Stansfield. What Did I Do to You? was released as the fourth single from Affection in April 1990, reaching #25. The remix edit on the 7″ was by Mark Saunders. More romance: Oleta Adams was discovered in the US by Tears For Fears and featured on their 1989 album The Seeds Of Love. Get Here is a lyrical and beautiful R&B slow jam. Meanwhile Look How Long turned out to be the last studio album released under the Loose Ends name, and featured their final hit single, Don’t Be A Fool, a frankly awesome R&B jam with a powerful message. This particularly potent passage of play continues with Donna Summer’s swish State Of Independence before a downer appears in the shape of Simply Red – the slow set dead cert If You Don’t Know Me By Now. Still being caned by moustachioed DJs in clubs every weekend.

After Alyson Williams mournful I Need Your Lovin’, Black Box loom large with Fantasy, another winning single from the massive success that was Dreamland. We go laid back for Innocence’s soulful A Matter Of Fact and Alexander O’Neal’s If You Were Here Tonight. And then Luther Vandross’ ultra-smooth Give Me The Reason. Two old masters. Elsewhere there’s the buoyant uptempo groove of Circuit’s Shelter Me, a tune steeped in remixes. And now for a real curveball – anyone remember Angela Kaset, a singer / songwriter from Nashville, Tennessee. Something In Red was released as a single on the Dover label shortly before Moments In Soul. It’s a powerful piece but somewhat out of place here. Like a female Tom Pacheco. Finally, Adeva’s fantastic cover of Respect. The underground massive. Otis updated for the end of the decade and totally vital.

Lisa Stansfield – What Did I Do To You?

Lest we forget
Loose Ends – Don’t Be A Fool